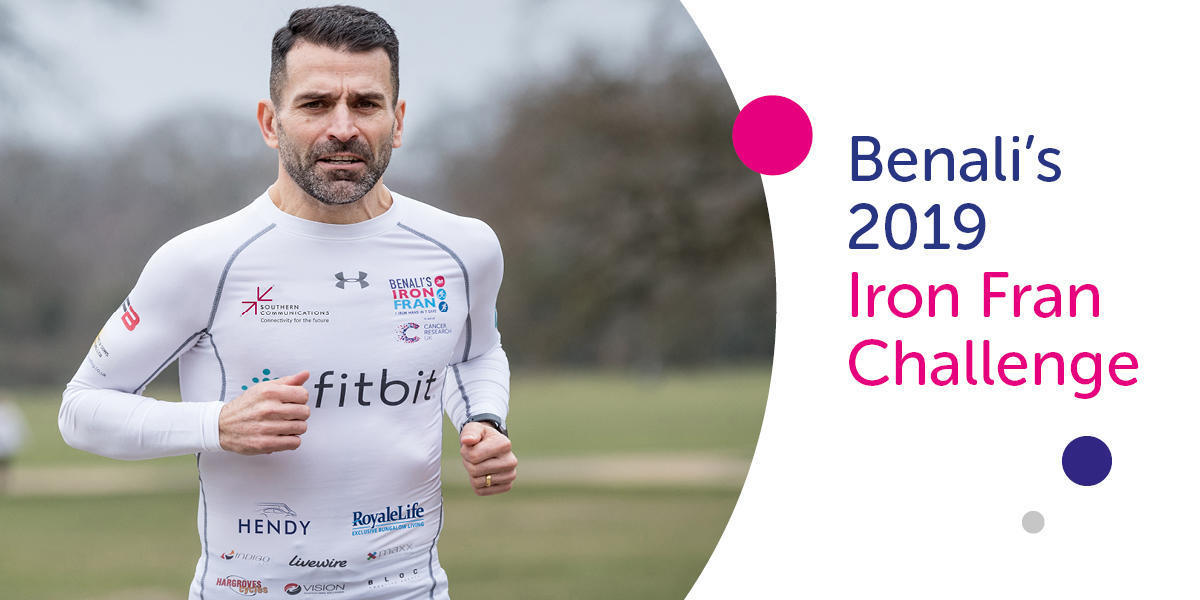 Francis Benali is a former Southampton FC player who launched a £1m fundraising mission for Cancer Research UK through a series of gruelling physical challenges. The first took place in 2014 and saw Benali run a 1,000 miles between the Premier League football grounds in England. Two years later he completed his second ultra-challenge, running and cycling between Premier League and Championship grounds. Now he’s about to take on his third and final challenge in a bid to hit his £1m target by undertaking a superhuman seven Ironman distance triathlons on seven consecutive days between 29th April – 5th May 2019 – that’s a 2.4 mile swim, 112 mile bike ride, 26.2 mile run over a 1,000 miles in one week!